Part One of a Two Part Article Published in Mediator Magazine 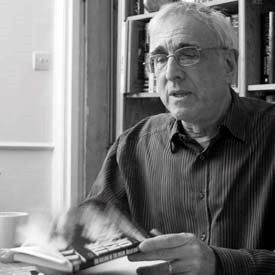 For an 18-month period starting around 1985 Henry Brown, by his own reckoning, was in full evangelical flow. He travelled, he talked, he wrote, he cajoled and tried to convince people that mediation was a serious alternative to the centuries-old adversarial battleground of the courts. To Brown, as to the hundreds of others that have followed, mediation was and remains a commonsense proposition; simply put, a no-brainer.

Brown was driven by the conviction that ‘in eighteen months, everybody will be mediating.’ Yet somehow, that moment never quite arrived. Following his initial flurry of activity, for his own health and sanity, Brown checked his stride and paced himself for a marathon. ‘I realised that this wasn’t going to be an 18-month affair,’ he says, ‘it was going to be an 18-year affair.’

Almost quarter of a century later, at home in North London, Brown is philosophical about mediation’s profile and the speed with which it is developing as a profession. ‘Although it’s now part of the mainstream,’ he says, ‘we’re still talking about it being embryonic, and I think there are a whole lot of intertwined reasons for that.’
Brown’s view of the field is arguably unique among UK mediators. Not only was he among the first in the UK to recognise mediation’s potential and campaign for its realisation, but no figure commands such deep respect in both the family and commercial fields. Brown (with Arthur Marriott QC) is the author of ADR Principles and Practice, one of mediation’s defining works which has sold in 60 countries. He is also a founder of the Family Mediators Association, co-founder and first director of the mediation programme at Resolution (formerly the Solicitors Family Law Association), and a co-founder of CEDR’s first training programme.

Over the course of what’s been a 25-year journey (so far) Brown has had the satisfaction of having seen mediation grow into something like a profession, nevertheless he has hopes and aspirations for its further development. In this interview with The Mediator he discusses some of the stumbling blocks which have impeded mediation’s progress thus far, and identifies some issues he believes mediation must address if it is to succeed to its potential.
Among mediators, there is a pronounced tendency to blame lawyers for resisting positive change and doing so for purely mercenary reasons. Brown’s view is less black and white. Having trained as a solicitor from the age of 17 first in Cape Town, and from the early 1970s in London, Brown practised law for 49 years, and makes no apology for legal practice. During the interview he describes the law variously as ‘a helping profession’; ‘an instrument of political change; an instrument of potential justice’ and ‘a way through which you can show your humanity.’

As to whether lawyers are ultimately to blame for mediation’s apparent failure to make significant inroads into litigation, Brown, almost instinctively, seeks an explanation in the underlying psychological currents of the controversy. ‘Of course lawyer resistance is a big factor, but it’s not greed that’s driving them,’ he says. ‘It’s largely the belief system lawyers clothe themselves in: a system which says, “I can do better for my clients with litigation and negotiation. I’ll get the other side softened up and I’ll get my clients a better outcome”.

He also recognises the difficulty in raising the idea of compromise with clients: ‘There can be a huge client resistance,’ he says, ‘because people may believe so passionately about their case that if you start talking compromise they think you’re not fully with them. This fits in with the lawyers’ wish – not necessarily conscious – to keep control and show how well they can do for their clients.” 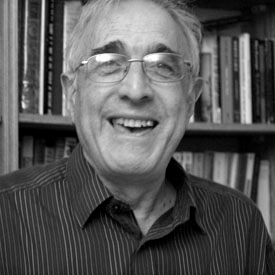 Brown subscribes to the view that both the word compromise and the concept are anathema to many, and refers to friend and fellow mediator Robert Benjamin’s thoughts on the process: ‘He thinks it’s not part of the Judeo-Christian ethic to compromise; it’s to fight for justice. People hate the idea that the result of a mediation might not be fair or just.

Robert points out that John Wayne never rode into town with his guns blazing shouting, “I’m here to seek compromise.” It isn’t part of the culture. These are legitimate issues,’ he says.

While lawyers may be an obvious and easy target, Brown believes mediation must address deeper concerns to overcome resistance. Brown pleads for greater understanding of the emotions disputes engender in people: ‘People may be passionate about their cases,’ says Brown. ‘They may not believe that the other side are capable of being honest, truthful or fair: “Yeah, I would settle but the other side are such bastards, they’re so greedy, there’s no point in going there.” And the lawyers have gone along with it,’ he says.

It raises the question as to whether lawyers should be more active in managing expectations in a dispute. It’s not so easy, according to Brown: ‘Lawyers don’t always manage expectations well because if they do, clients start asking whose side you’re on. So you’ve got a systemic problem, partly to do with the lawyers but that’s not where the actual fundamental root cause is. I think the fundamental root cause is that people have a world view that you are expected to support: I’m right and these people are unreasonable and want to take me for a ride.’

Solicitors therefore tread a precarious line which Brown believes merits greater recognition among mediators. ‘It comes come back to clients’ expectations and emotions and to the lawyers’ wish to keep control, run the case and show that they can achieve a good outcome in their own time and way’ he says.

While Brown is personally convinced of mediation’s efficacy, he believes it has some distance to travel: ‘I don’t know if we’ve addressed the underlying anxieties people have about mediation: whether its capable of delivering a fair result. Is the average person out there able to see that?’

‘We’ve got to do more work on understanding people’s attitudes towards their disputes; their ownership of disputes; their investment of energy into that dispute and how to help them find a way through that isn’t based on something they will perceive to be unfair. It’s a packaging issue,’ he concludes, ‘but it’s a substance issue too.’

To an extent, Brown is concerned that mediators may have lost credibility as a result of overselling the process: ‘I think it’s been oversold in some ways,’ he says, ‘I think it’s been a huge mistake on the part of those people who have said “litigation bad, mediation good.” I don’t think that’s the true story either: I think they really are partners.’

Looking forward, he also believes a shift in focus is due: ‘there are a few things I think we’ve done wrong,’ he says. ‘For example, we talk about future-focused mediations. There’s a whole concept of future focus; it’s absolutely correct in that you can’t dwell on the past, but I think that if you don’t have regard to the feelings and what’s happened in the past and try to put them into some context you’re really hitting a problem. Simply by saying look folks the past is irrelevant, we’re only looking at the future – I can’t go along with that’.

‘Systemically I think we’ve caught ourselves up in not giving enough attention to people’s sense of fairness and right and wrong. Where necessary I deal with fairness if only to get it on the table so both sides can be heard and understand what each other’s sense of fairness is. They might conclude, “we can’t agree, now we’ll deal pragmatically with what’s in the future,” but you can’t dump history and excise it,’ Brown concludes.

‘I don’t think we’ve seen that enough in our literature and in the way we work’ he continues. ’The process may allow some opportunity for people to say their piece, but if they don’t feel that they’ve been properly heard, the process will be unfulfilling for them.’

While Brown talks with equal conviction about family law and commercial disputes, he believes these principles are applicable to both fields: ‘I’m absolutely convinced that there’s as much emotion in an ordinary commercial dispute – it’s not quite the same as in family disputes – but a heap of emotions nevertheless. I’ve done some rough disputes with major players – you can’t tell me they’re only interested in the law or the commerciality,’ he says. ‘They’re often also angry or upset and may be concerned whether they’re being taken for a ride: “I’m buggered if I’m going to let so and so pull one over me.”’

Although Brown’s apparent emphasis on psychology may set him apart from what’s become a mainstream approach to mediation, he is careful to set parameters: ‘I’m not trying to turn this into a purely emotional field,’ Brown says. ‘Of course ultimately you’ve got to do commercial deals. I’m very pragmatic about that, but I think if you come at it from an understanding of how people function and where your own vulnerabilities lie – as a mediator and as a person – the process will resonate with more people and really give them what they need.’

Part II
Next month Henry Brown talks about his early career as a radical civil rights lawyer, representing Nelson Mandela on Robben Island, and how psychology and ADR grew to become such a significant part of his life.