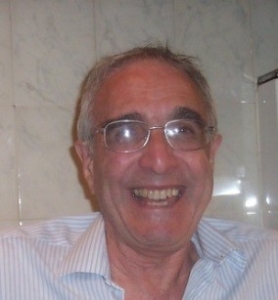 Admitted as an attorney in South Africa (1962) Henry practised as a partner in a Cape Town firm Frank, Bernadt & Joffe, where he was a general commercial, family and litigation lawyer and also had a substantial human rights practice, and acted for many Robben Island prisoners including Nelson Mandela. In 1971 he emigrated to the UK, where he retrained and requalified as an English solicitor (1975) and practised in London, initially in his own firm in partnership with Arnold Simanowitz (Simanowitz & Brown), then joining Birkbeck Montagu’s, which merged with the City of London firm Penningtons, where he was a partner and latterly a consultant. He retired from legal practice in 2005.

Parallel with his legal practice and also independently, Henry worked extensively as a civil-commercial and a family mediator from 1985 to 2012, and was reflected as a leading mediation specialist in Chambers Guide to the Legal Profession and elsewhere.

Henry was awarded a Diploma in Law at the University of Cape Town in 1959 (winning the Law Society prize) and qualified as an attorney, notary public and conveyancer in 1962. He then studied part-time to obtain a BA degree from the University of South Africa in 1967.
After moving to the UK, he requalified and was admitted as an English solicitor in 1975. In 1994 he obtained a Certificate in the Fundamentals of Counselling and Psychotherapy from Regents College, London; and during the period 1993-98 he served as a Law Society appointed External Examiner for the Legal Practice Course at the College of Law in London and Guildford and was on the College’s Examination Board.
Henry has worked extensively as a mediation trainer. He has run courses and workshops in both the family and civil-commercial fields in England, Hong Kong, South Africa, Denmark and Iceland. A member of the original training faculty of CEDR (the Centre for Effective Dispute Resolution), he co-established the training programme for the Family Mediators Association (of which he is a founding Vice-President), set up the mediation programme for the family lawyers’ organisation, Resolution (and was its first Director of Mediation), ran workshop training for judges through the Judicial Studies Board, and established mediation conversion courses for the ADR Group. He has had a particular interest in psychology, neuroscience and relationship issues and has been involved in developing workshops on working with high conflict personalities. He has addressed many conferences, seminars and other groups in the UK and abroad.

Henry has written extensively. See the separate link to Writing.

Henry is a Member of the Law Society of England & Wales (non-practising) and of BIMA – Belief in Mediation & Arbitration (an interfaith mediation organisation); an honorary Life Member of the UK’s Civil Mediation Council and of the mediation group ADR Net; Co-founder and Vice-President of the Family Mediators Association; and an Accredited mediator, CEDR (the Centre for Effective Dispute Resolution).
Until his retirement, Henry’s professional memberships also included the following:
PIM Senior Mediator Emeritus (Panel of Independent Mediators)
Practitioner member, Law Society’s specialist panel of civil and commercial mediators
Member, Chartered Institute of Arbitrators
Member, CPR Institute of Dispute Resolution’s International Panel of Distinguished Neutrals (New York)
Advanced Practitioner Member, ACR (Association for Conflict Resolution, US)
Member, Society of Authors
Henry has served on many committees including The Law Society’s ADR working party, the Academy of Experts’ Committee on the Language of ADR, the Executive Committee of Mediation UK, the Professional Standards Committee of the UK College of Family Mediators, the Mediation Strategy Group of the Chartered Institute of Arbitrators and various others.

Henry received the Danish Mediation Institute’s inaugural award for his work in developing mediation in Denmark; the Civil Mediation Council’s 2013 Lord Slynn Prize for his contribution to the development of mediation in the UK; and the International Academy of Mediators’ 2013 Lifetime Achievement Award.